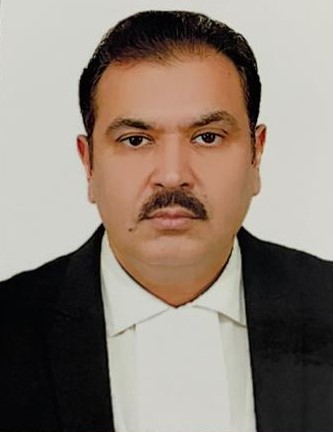 His lordship Hon’ble Mr. Justice Chaudhry Khalid Rasheed was born on 14th March, 1970, in Mirpur. He got his initial education from Presentation Convent High School Jhelum. He was also awarded Gold Medal in graduation by AJ&K University. He accomplished his BA LLB degree from Punjab University Lahore Pakistan.
He got the license of pleadership in May 1995 and was License holder of AJ&K High Court from June 1998. He also got the license of Lahore High Court in the year 2002 & License of Supreme Court AJ&K in April 2004. He is a life time member of Islamabad Bar Association since 2002. He remained public prosecutor Mirpur from 1996 to 1999. He was elected as a member of AJ&K bar council in the year 2002 and also worked as chairman Executive of AJ&K Bar council in the year 2006. He was elected as President of the District-bar Association Mirpur in the year 2014.
He has vast experience of conducting Criminal, Civil, Revenue and Constitutional cases. He is also carrying well experience of conducting cases in High Court and Lower Judiciary of Islamabad.
His lordship took oath as Hon’ble Judge of High Court of Azad Jammu & Kashmir on 8th Jan, 2022.